The homeless community had “to go meals” for the Thanksgiving holiday.

Orlando Magic players had organized the whole Thanksgiving breakfast. The Coalition for the Homeless teamed up with Orlando Magic. The annual event for the 28th year was very difficult along with all other difficulties going on along with the pandemic. Thanksgiving meal is made by the of Magic Coach Steve Clifford.

Clifford believes in the Magic’s commitment. He commented on it as being key to what makes it special. He’s proud to be a part of it now more than ever. “I think I’m like most people: I love Thanksgiving, Christmas and especially this year, it’s so trying for everybody with the pandemic and the limitations on how all of us have to live but to be involved with the Magic who have always been so active in the community, it means a great deal to all of us,” Clifford said. NBA player and Magic community ambassador Bo Outlaw and his family were also a part of the event Thursday morning. There is so much to be thankful for this year he said. “With the pandemic, this is truly a day of thanks” also, “Thanksgiving is the appropriate day for today.”

The event was held under the Covid-19 restrictions.

Being a part of the event reminded him that the day is all about giving. This is what Thanksgiving is all about at the end of the day. He also added that no problem giving his time to the community that has given his organization so much. “This is where I live. They support us so we’re going to try to support them as much as we can. And that’s what it’s about helping each other out. Sometimes I’m going to need help, sometimes you’re going to need help. It makes us a better community. That’s what it’s about, helping one another. It’s not about me, it’s about us,” Outlaw said. 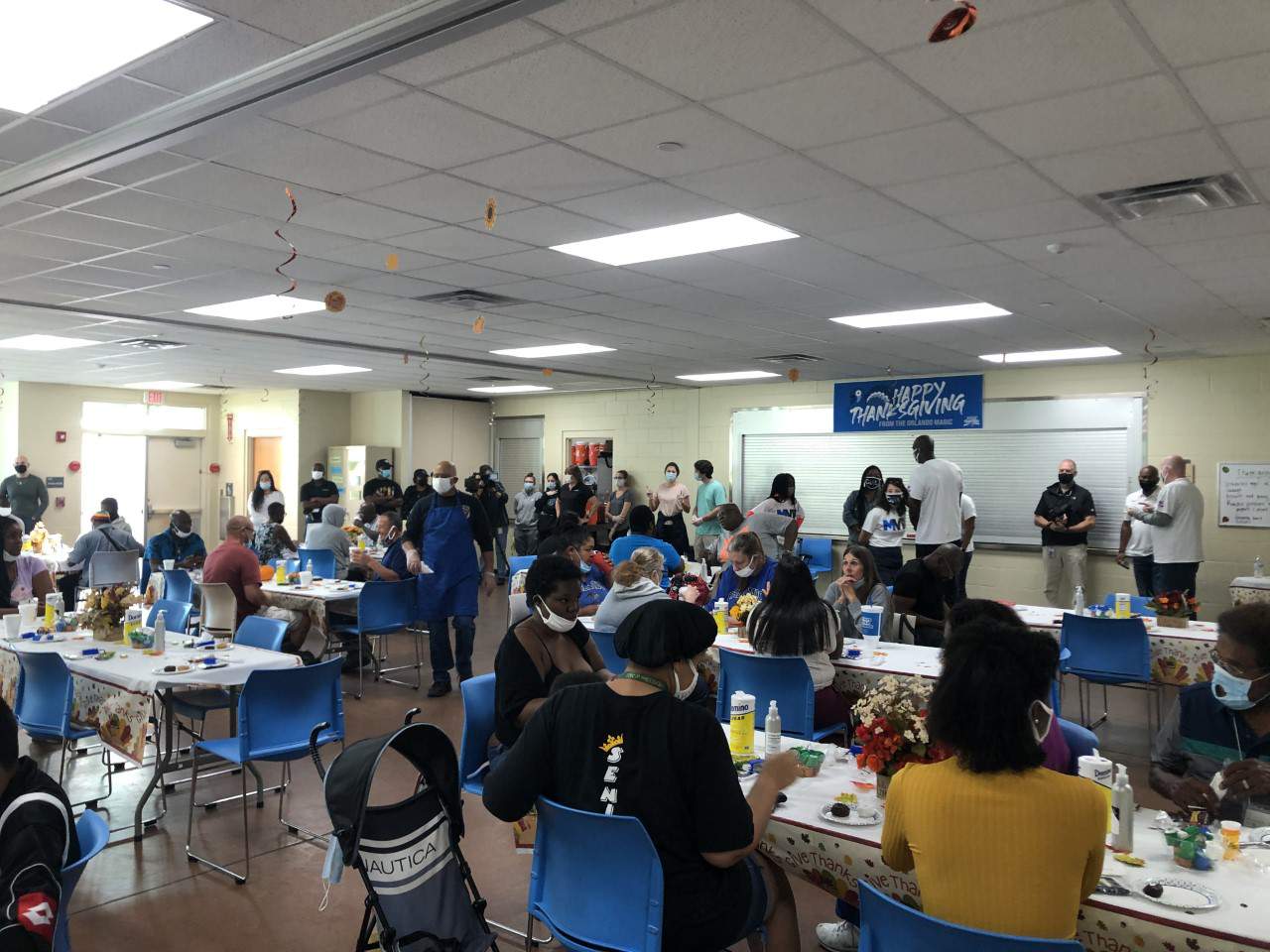 Thanksgiving breakfast was prepared for more than 400 homeless men, women, and children at the Coalition. John Beard declared that he’s had a very challenging year, he is grateful to have received a meal on Thanksgiving Day and thanked the Magic for their kindness. “They have blessed us every year and they just keep on bringing gifts and God bless y’all,”. Due to the pandemic, some changes had to be made to the event, including offering meals to go rather than inviting everyone to eat in the homeless shelter’s dining room. Outlaw said volunteers minimized the contact while still making an impact on the community.