The dead Meadow concert film will last one night only

Psych-rock stompers Dead Meadow convened last autumn to record a greatest-hits. The ones set for both a live album and video. In February that film will be screened or streamed. It will be as a one-night-only outdoor event that you can check out at Will’s Dirty Laundry. The band’s 70-minute performance was filmed for the Levitation Sessions. At the most incredible Pillars of God amphitheatre at Los Angeles’ Camp Mozumdar. Imagine a Black Sabbath stage set writ large. It makes for an impressive visual spectacle and it’s as close. And as you’ll get to see the band in person for the foreseeable future.

This live screening is presented by Orlando promoter Endoxa Booking. A comeback of sorts, as this is their first live event since a Voltaire show in mid-March. The event will be outdoors, seated at limited capacity. By seating in the form of 4-top tables, and there will be 11 tables total. Face coverings are required. Dead Meadow, Levitation Sessions screens on Saturday. On Feb. 20, at 7 p.m. at Will’s Pub’s Dirty Laundry. Tickets are available now for $5-$10. 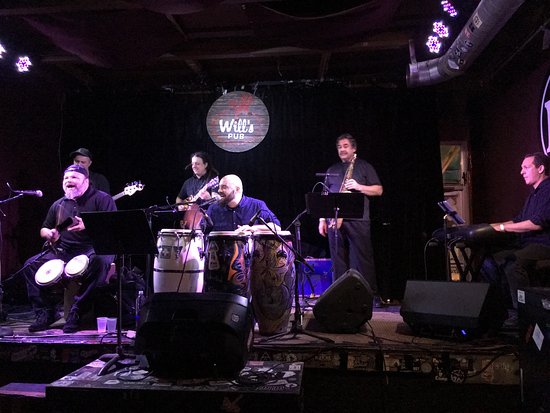