There are many dining options available in Orlando. You will find a wealth of information in this article about Orlando’s best seafood restaurants. These restaurants will satisfy your craving for fresh fish, shrimp, and other seafood delicacies. Restaurants in Orlando receive high-quality fish delivered straight to their doors almost daily, including branzino, spiny lobster, and fresh shrimp from the waters around Jacksonville.  Theme parks or outlying neighborhoods – wherever you go for seafood in Orlando, there’ll be a restaurant ready to serve you and your family something delicious. 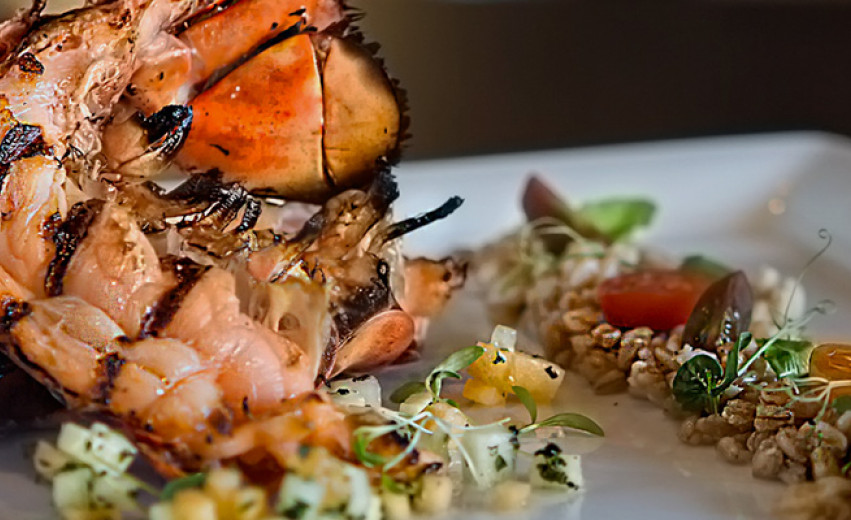 Starting with the nestled in a corner of Disney Springs is The Boathouse. Right where the fish is guaranteed to be caught less than 36 hours before making it to your plate. The restaurant has ample indoor and outdoor seating. If the weather is nice ask for a seat on the patio, which overlooks the lake at Disney Springs. It is a prime spot to watch the Amphicars on the lake. After dinner, get behind the wheel yourself, you will get a $25 discount with your meal receipt as long as you spent $50 or more. 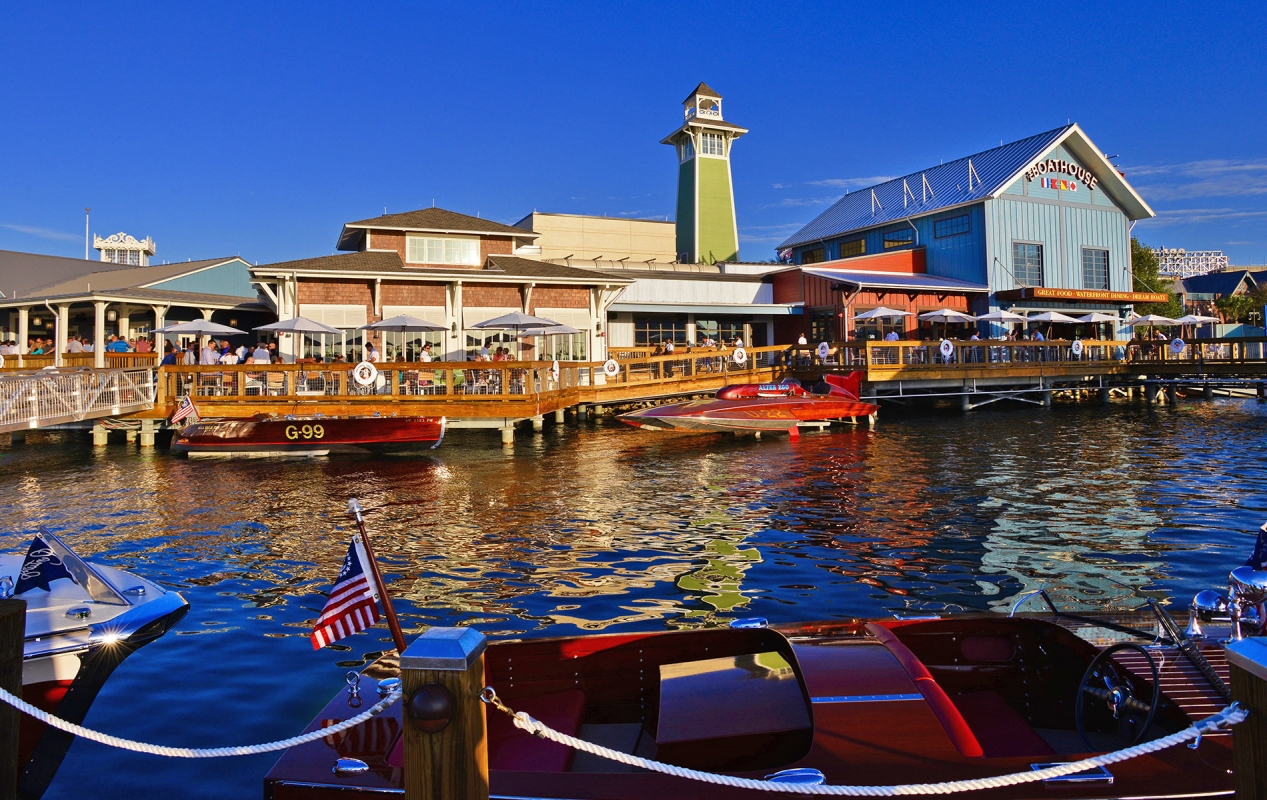 Massachusetts Fisherman’s Wharf since 1988, the restaurant has served hungry customers craving New England-style seafood. There is a wide variety of options on the menu, including steamer clams from New England, lobster bisque, whole belly clams, and chilled lobster salad sandwiches. Try Boston’s Fish House’s spin on lobster rolls with breaded and deep-fried lobster served in a grilled New England style bun. Restaurants with nautical themes tend to be more informal and relaxed, but they can still serve quite good seafood without being overly extravagant.

In the Baldwin Park neighborhood of Orlando, The Osprey serves modern coastal cuisine in a relaxed atmosphere. Freshly shucked oysters from Florida and Virginia appear on the raw bar menu, as do shrimp cocktails and seafood towers served with champagne mignonette and cocktail sauce. A whole grilled branzino makes a superb choice when dining with family and friends. To add that final flavor punch, the veal is served with fennel slaw and caper salsa verde. 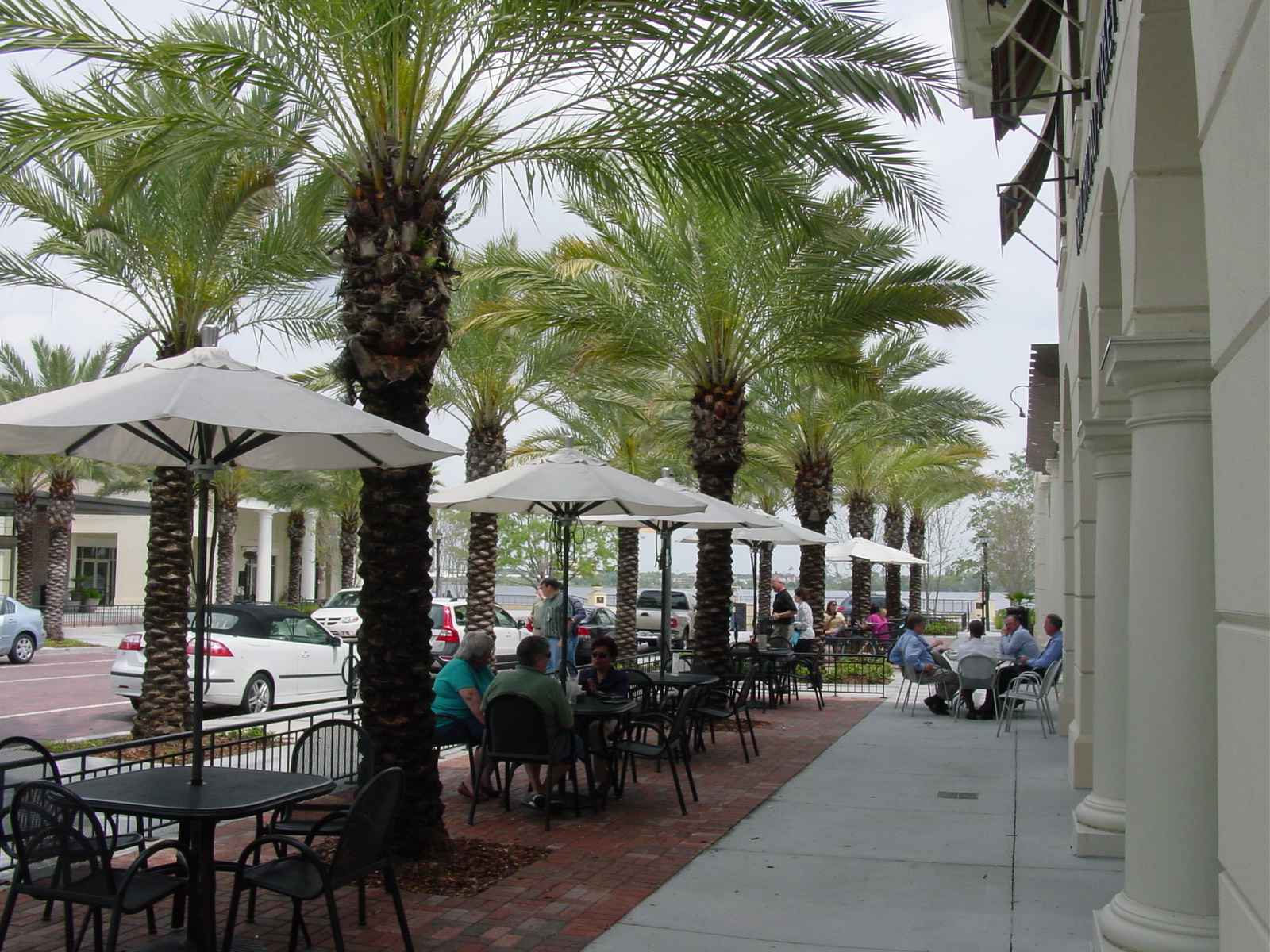 Fresh poke bowls have been served at Island Fin Poke since it opened in 2016 and have been serving Orlando residents ever since. Everything in the bowl is customizable, including the base, the proteins, and the toppings. Spiced tuna is a restaurant’s signature dish, but octopus is also a great option. You can also choose from several pre-selected bowls if making your bowl seems overwhelming. You can usually find pineapple Dole Whip in the Disney parks for dessert.

Florida fish camps are the inspiration behind Reel Fish Coastal Kitchen and Bar. Almost all of the fish on the menu is sustainably sourced from the Atlantic Ocean and the Gulf of Mexico. The restaurant boasts a fantastic happy hour on Tuesday through Friday from 4 pm to 7 pm. Cocktails and glasses of sangria are under $5, while oysters, fish tacos, clam strips, and half pounds of peel-and-eat shrimp are all under $8. Winter Park Seafood Company started as a fish market for restaurants and ended up becoming a seafood restaurant itself in 2008. The menu here changes daily based on what the fishmongers can get their hands on. Some of the regular items on the menu include their take on bang bang shrimp and panko-seared fish. After your meal, pick up some raw fish and seafood to take home for later. 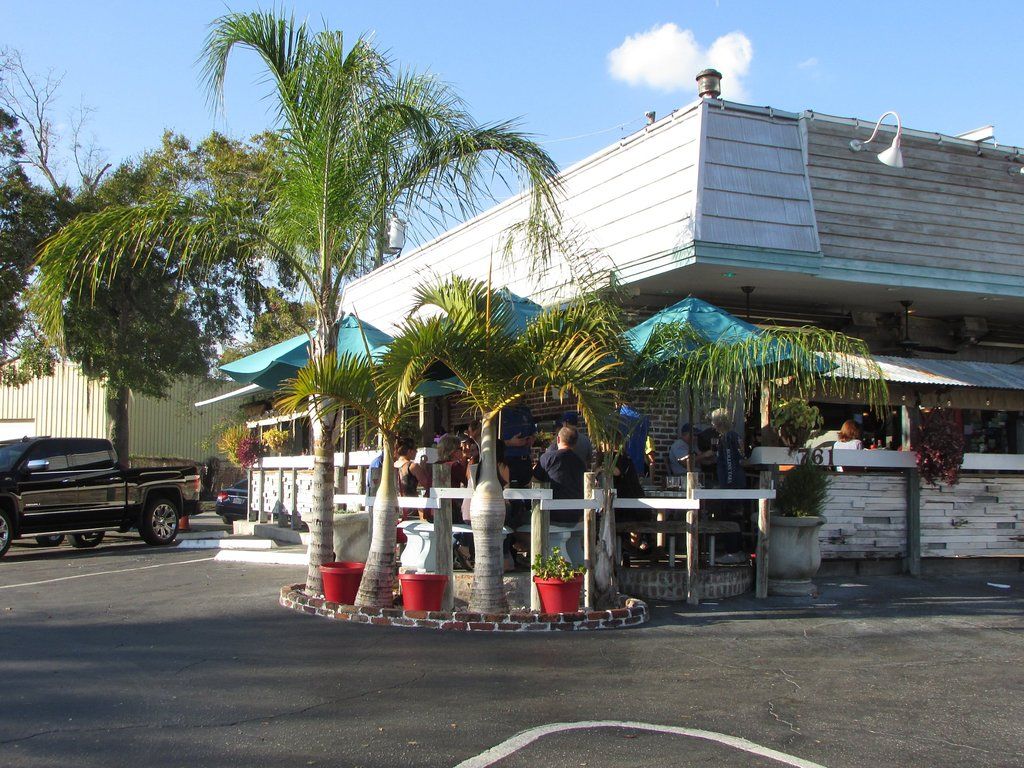 For over 25 years people have been venturing from all over Orlando to get the fresh seafood from High Tide Harry’s. Every day the team at the restaurant is sourcing the best seafood they can get their hands on to create dishes with grouper, Mahi, and snapper. Or pick from a menu filled with whole belly clams and clam strips. For landlubbers, there’s also steak, chicken, and pasta on the menu. For the adventurous eater, consider ordering the frog legs, which taste a lot like chicken but aren’t as tender. 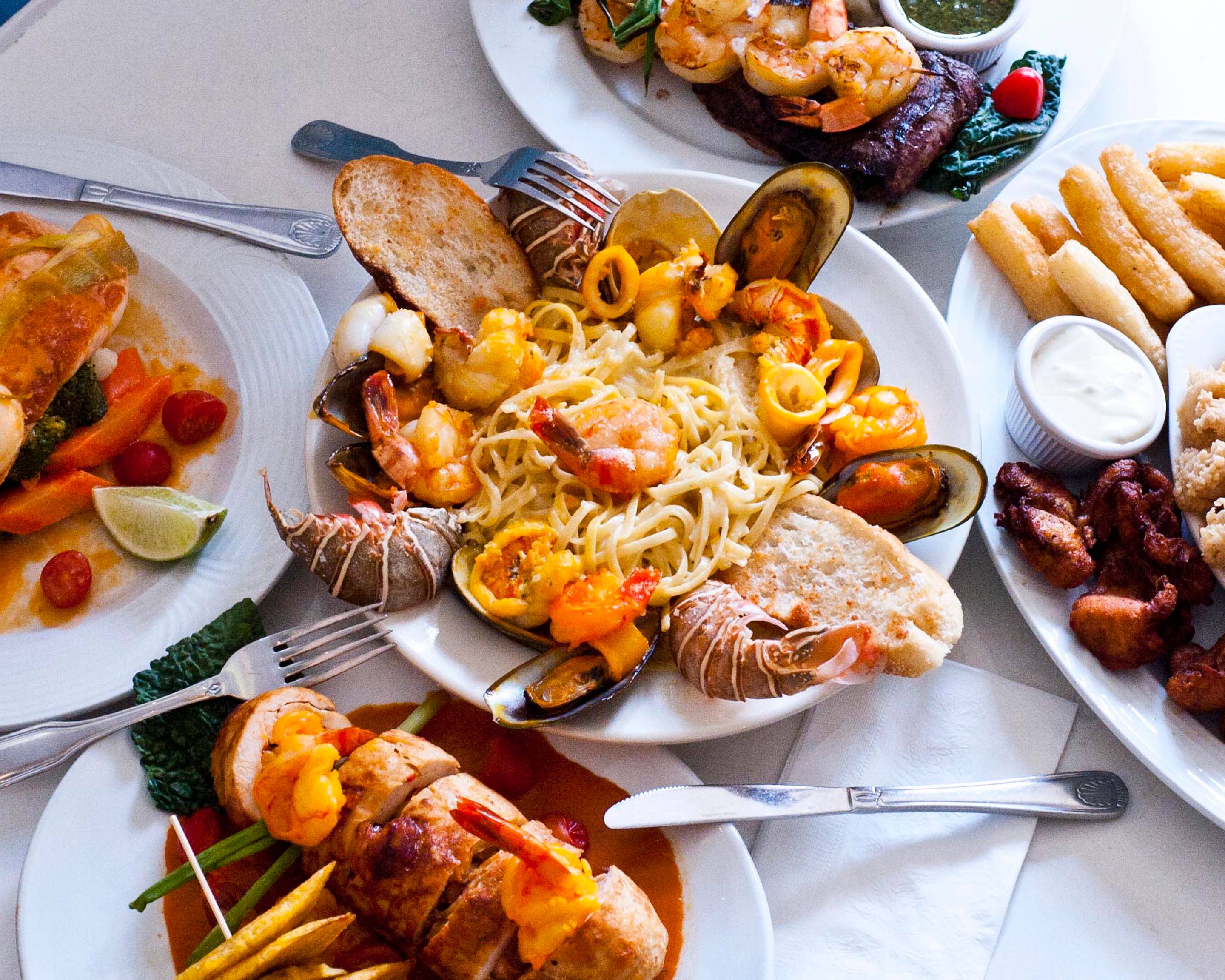 In the tourist area of town, Paddlefish is another Disney Springs location worth checking out. This restaurant looks like a giant paddlewheel boat and is located right on Disney Springs’s lake. In addition to lobster corndogs served with sweet chili aioli, you can also get jumbo lump crab-topped fries, like those at Paddlefish. In addition to ample indoor and outdoor dining, there is also a rooftop bar with a view of Walt Disney World and downtown Orlando.

Hook and Reel serve seafood boiled in the Cajun country style. There are crawfish, mussels, head-on shrimp, and sausage on the menu. There’s no better way to customize a boil than by adding whatever seafood you prefer, sauces, spices, and more. If you’re peeling shrimp shells or breaking crab legs open, don’t be afraid to get your hands dirty. 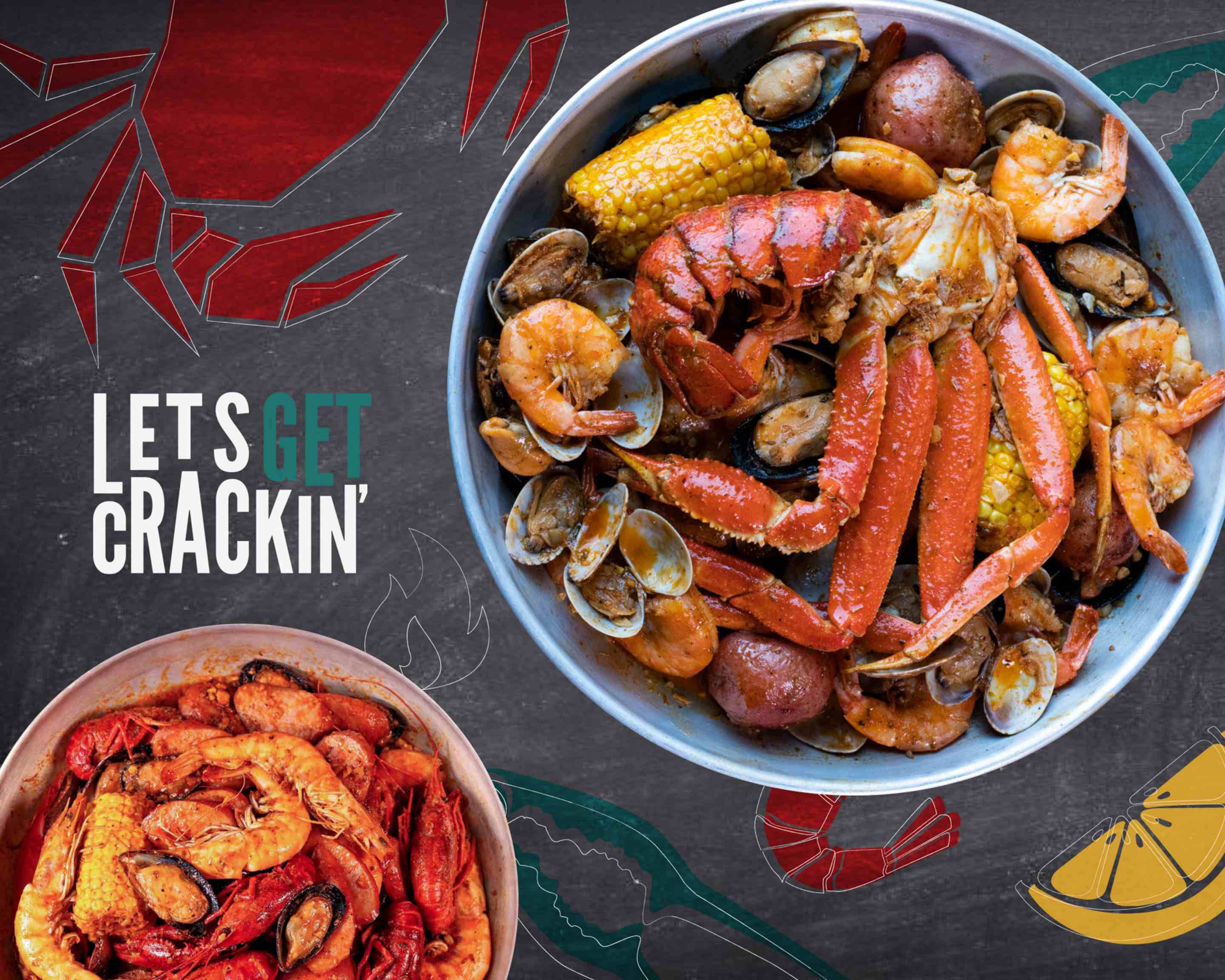 A fancy evening out with friends or an elegant date night at Ocean Prime will be enhanced by its fine seafood and steaks. There is a small sushi selection on the menu, as well as a raw bar using only fresh fish and shellfish. In addition to blackened snapper, we serve sweet and savory corn spoon bread and spicy jalapeno tartar. Serve extra sides from the a la carte menu, such as lobster macaroni and cheese or smoked gouda tater tots. 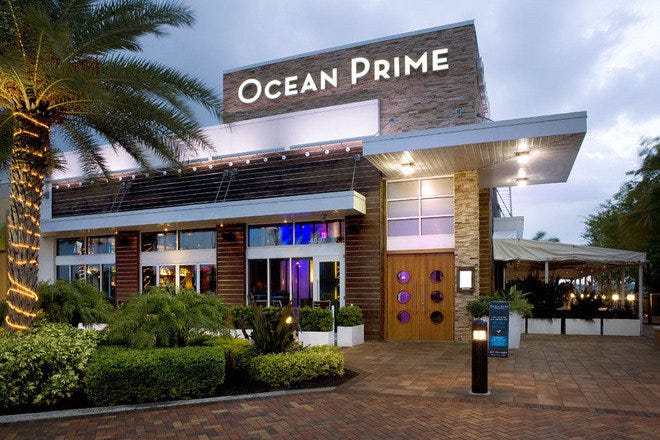