International Drive has added a brand new thrill to its entertainment lineup. The Starflyer, the world’s tallest swing ride. It is currently taking guests 400 feet in the air and swinging them at speeds topping 60 miles per hour. Disney and Universal have all their rides, but they don’t have anything as big as this is. Orlando-based developer Chuck Whittall stated this. He said that they wanted to have the best. We have the wheel next door, which is the tallest structure in Central Florida. Now we have the tallest thrill ride in central Florida.

The newest thrill ride stands at 450 feet, which is 50 feet taller than neighbouring ICON Orlando 360. Formerly called the Orlando Eye. A concrete base weighing about four Boeing 747’s anchors it down. The Starflyer has 24 seats. Swinging up to 60 miles per hour. But Whittall says 45 mph is the “comfier” speed. Of which guests will experience mostly during their several minute flights up the tower. Whittall said his company has other rides in the works. Ones that will take riders even closer to the clouds. He hopes to unveil those in the near future. At the bottom of Starflyer, guests can continue the thrills with a bar. An ice cream shop, and tourist information office. Next time you plan a trip to Orlando, Florida, you cannot miss taking a spin on the world’s tallest swing ride. The Orlando Starflyer. At a towering 450 feet, the Orlando Starflyer is reminiscent of your favourite carnival swing. Starting from growing up, with an adrenaline-spiking twist. This towering, globally-renowned ride spins guests at speeds of up to 60 miles per hour. Each swing comes ready with a secure seatbelt.

Along with a secure harness between the rider’s legs that can only be removed by the ride’s operator. Plus, each ride compartment consists of two seats. By this meaning, you have the choice to ride connected to your best friend or favourite family member. While experiencing one of the safest thrills of your life. With such heights achieved, attraction riders. You guys can expect to catch some of the most breathtaking views of the Central Florida landscape as they spin. Experience the Orlando Starflyer with discount tickets that they put on from time to time.

The hours of operation are open daily from 11 am – 2 am. Located, Orlando Starflyer, 8265 International Dr. Orlando, FL 32819 Get Directions Here. 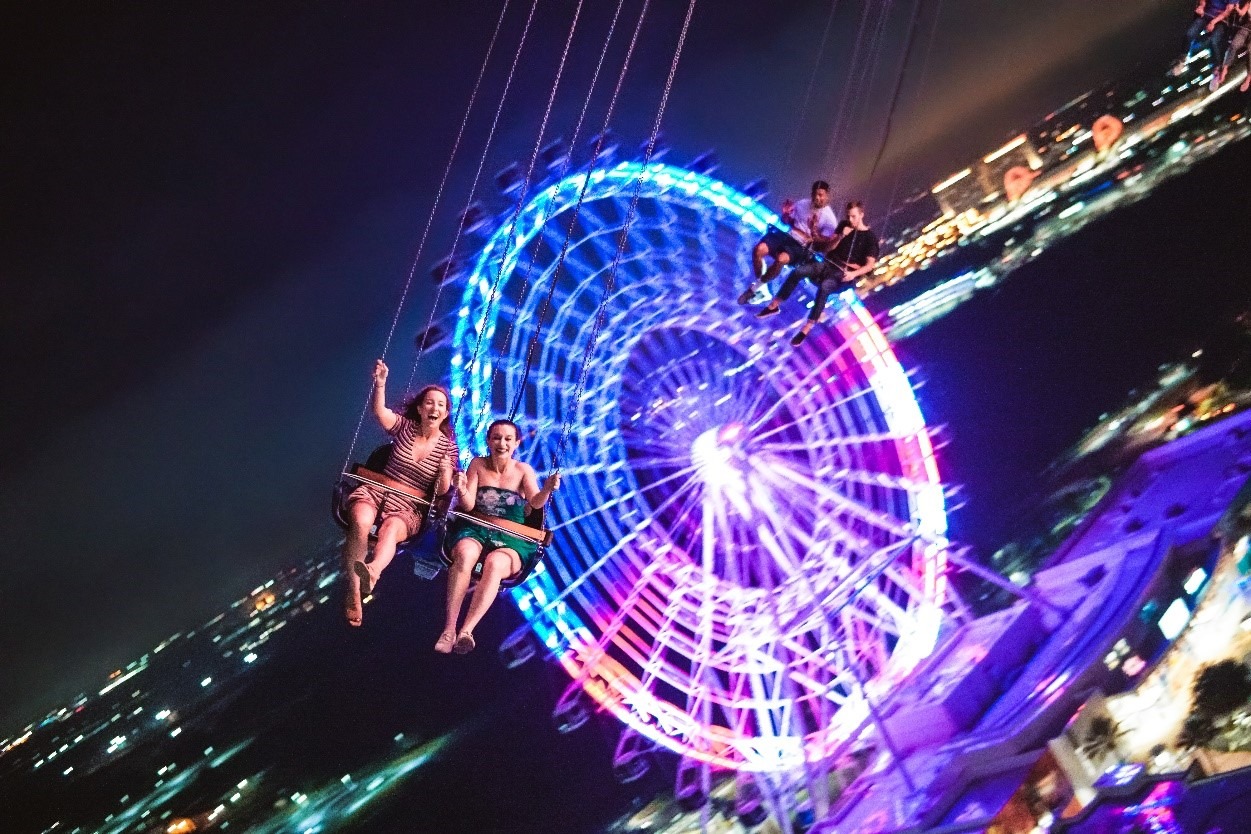